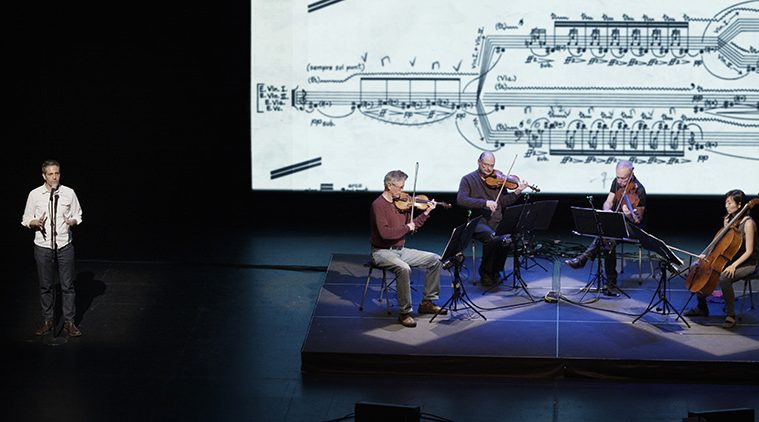 A Thousand Thoughts screens on Nov. 11 at 4:00pm and 7pm at Asia Society Texas Center. Photo courtesy of HCAF.
Houston can be funny sometimes. Millions of people live here, but you rarely seem to meet people from here. This seems to be especially true in the landscape of Houston’s art world, which is often dotted by women and men who have come from elsewhere and set their tents—a city marked by outsiders.

Consider the Houston Cinema Arts Festival (HCAF), this year celebrating its tenth anniversary, and Richard Herskowitz, its artistic director. Most of the time, he lives in Oregon, but for about two months each year, he’s here in Houston, programming the festival, taking on the task of working with Houston’s myriad arts organizations—the Museum of Fine Arts, Inprint, Asia Society Texas Center, Project Row Houses (to name just a handful of the more ubiquitous ones)—to assemble a five-day event that spans the city. The festival’s mission? To highlight film that addresses, in one way or another, the creative act. 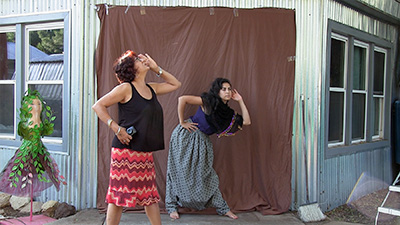 Jaddoland screens on Nov. 11 at 7pm at Rice Media Center with Nadia Shihab and Lahib Jaddo in attendance.

But after ten years, Herskowitz is saying goodbye to Houston and the festival. “Ten,” he tells me over the phone one afternoon, “is a nice number to go out on.”

One of the notable features of HCAF is the way it ties together different venues, different organizations, and different art forms from merely film; the festival becomes, in a way, a guided tour through Houston.

This year, one of the opening night films is a musical documentary, Bathtubs Over Broadway, which will be accompanied by record collectors Steve Young and Don Bolles, who are featured in the film. Bolles, a founder of the venerable Los Angeles punk band The Germs, will perform a DJ set at the MFAH Cullinan Hall following the film.

“We have had a wide range of musical performances at our opening nights this past decade, from violinist Philippe Quint to country musician Dale Watson. This year, Bolles’ eccentric DJ’ing will kick off [a festival] that is as much a music festival as a film festival.”

An upcoming HCAF event uses Asia Society Texas Center for A Thousand Thoughts, a “live documentary” that features Sam Green and a performance from the legendary Kronos Quartet. Another 2018 festival event will highlight the 25th anniversary of Dazed and Confused, which will involve dancers interpreting the classic film’s soundtrack before its director, Richard Linklater, is interviewed by Bun B. 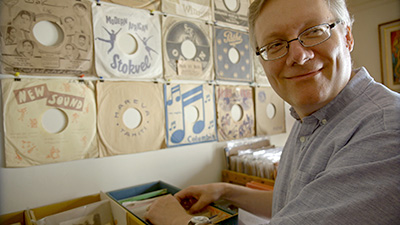 Bathtubs over Broadway opens the Houston Cinema Arts Festival on Nov. 8 at the MFAH, with director Dava Whisenant and Steve Young in attendance. Photo courtesy of HCAF.

Also playing this year: Citizen Blue: The Life and Work of a Great American Filmmaker. The subject of the film is James Blue, a legendary Houston figure and, according to Herskowitz, “a huge influence on independent filmmaking and film exhibition in Houston, including our festival.” Blue, who died in 1980, founded the Rice Media Center, so where better to hold this opening night celebration than at the venue he created?

“This festival has a retrospective quality to it,” Herskowitz tells me, “with its programs echoing programs from the past ten years. In many cases, major guests are returning, not to show older work but to show new work.”

Something that particularly excites him from past years is the festival’s dabbling in virtual reality film, “but what we’re doing this year that really makes it a culmination is we’re creating a theater [at Sawyer Yards] in which 30 people at a time see the same virtual reality program.” Part of his problem with virtual reality cinema up to this point is that “it’s been so isolating, so this is a major step. Now we can give people a collective experience.” 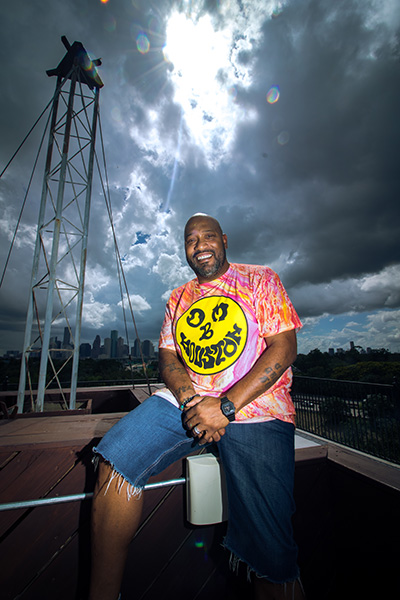 It’s an exciting new step, and one that feels a little bittersweet, given that Herskowitz will not see the next version, whatever it is, at the festival. Nevertheless, he still thinks of Houston as a “second home,” and it seems as though one of the things he’ll miss most is the sense of collaboration, no easy task in a city like Houston, where many organizations are vying for the same pool of funds, and the natural sprawl fights with bare-knuckles, citywide efforts at community building. People who don’t know Houston may not understand just how difficult it is to draw multiple organizations together, united in a central mission.

“Honestly, at the beginning, I think there may have been wariness [about collaboration],” Herskowitz says, “maybe because funds are scarce, but very quickly, within a couple years, all these organizations realized that this was beneficial to everyone and brought resources to the table. The people we’ve been able to bring to Aurora Picture Show or to the Menil: it helps showcase those partners and it’s really about calling attention to the larger community.”

He pauses and then echoes a sentiment I seem to be hearing about Houston, this strange swamp city, more and more often: “I was blown away when I saw how much was going on in Houston that I hadn’t been aware of. Hopefully that continues to grow.”

A Houston family makes art of sheltering in place